The Suns are Shining Bright

Photo from Valley of the Suns

THE SUNS ARE WARMING UP

We all knew the Suns would be good this season.

OK… I know what you’re thinking…

You’re right. I am lying. I really don’t think anyone could have called the Suns sudden emergence this season. But nevertheless, the Suns sit at a solid 6th in the Western Conference, boasting their 4-2 record as if to make fun of some of the teams that have been slightly disappointing up to this point (I’m looking at you, Kings). They even were able to beat the Kawhi-led Clippers!

But how? Why? And who even IS Aron Baynes? Let’s look a little deeper into how the NBA’s resident laughing stock has turned into a force to be reckoned with this season.

The Suns have been desperately searching for some kind of identity at the point guard position for YEARS now. Last season, the role of PG1 was passed around by guys like Tyler Johnson, Isaiah Cannon, and De’Anthony Melton. Not to knock these guys’ hustle, but these aren’t really the guys you want running your offense, especially in a dangerously talented Western Conference.

The arrival of Ricky Rubio has given the Suns a trustworthy point guard to run the show. And run the show he has. Rubio is averaging 11 PPG, 8.2 APG, and 2.2 SPG so far this season. These numbers are standard Rubio numbers – but for a Suns team who ranked 20th in APG last season, this statline is a God send.

The team now ranks 2nd in the league in APG (partly thanks to Devin Booker’s 5.2 APG as well) and overall has just looked like a better, more in tune team. They aren’t as reliant on Devin Booker putting up freakishly high points every game and they’ve actually started to look like a basketball team, not a conglomeration of young players who were good in college.

There’s another huge reason for the Suns’ success so far:

THE SUNS HAVE A BENCH THIS YEAR!

Gone are the days of watching Josh Jackson, Dragan Bender, and Troy Daniels struggle their way through other teams’ second units. The Suns have a living, breathing bench – full of great second unit guys who seem to work well together.

The cornerstone of their bench this season was supposed to be Aron Baynes, the former Spurs/Celtics Center who seems to fit in well with the Suns system. However, the 25-game suspension of DeAndre Ayton for violating the league’s anti-drug laws has forced Baynes into the starting lineup. And surprisingly, Baynes looks good there. He’s averaging 15 PPG, a career high, as well as 5.7 RPG.

With Baynes starting, one player has especially stood out on the bench: Frank Kaminsky. The former Wisconsin Badger and Charlotte Hornet signed with the Suns this season, a move that might as well have not happened considering how little it was talked about. But now, Kaminsky is making his mark in Phoenix, averaging 12.3 PPG and playing almost 26 minutes off the bench nightly. 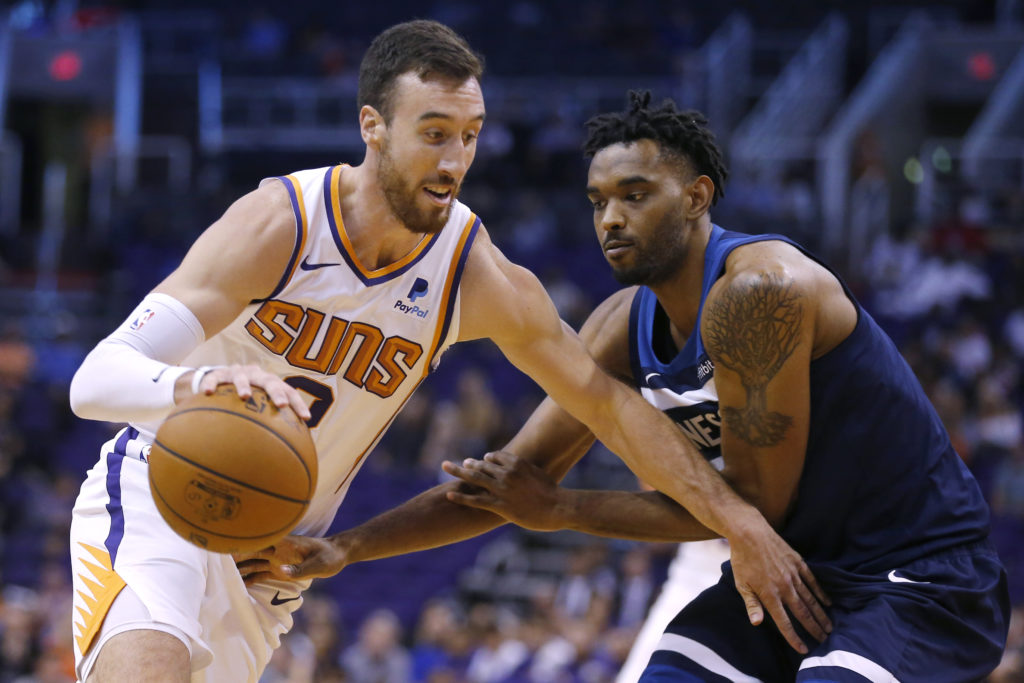 And unlike in years past, the Suns bench doesn’t stop after a notable 6th Man (thank you Jamal Crawford). The Suns have a host of young talent who have been strong off the bench. Second year point guard Jevon Carter and sixth year point guard Tyler Johnson have provided much needed leadership and scoring off the bench. Rookie forward Cameron Johnson has also been good, showing that his hot 3-pointer wasn’t just a college fluke.

The Suns look good. Only time will tell if this hot start is the doing of luck or if the Suns may actually be able to compete with their Western Conference neighbors this season. Whether they do or don’t, we know they’ll be a team to keep your eye on in the near future.

The Rebirth of the Golden State Warriors
November 14, 2020

The Breakout Players of The Bubble So Far
August 8, 2020

Why College Basketball is Safe from the G-League
July 21, 2020